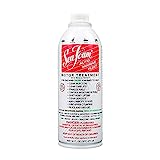 An engine is the most important component of a vehicle, yet it is readily polluted. Deposits of various origins settle on the walls in the form of plaque and, over time, can completely seal all the filters. That’s why it needs more than simply an oil change. For this reason, occasional use of the best engine flush is an essential measure.

All technicians and vehicle owners with a lot of experience can attest to this. After all, most drivers change the engine oil only once a year (without even paying attention to the mileage). Despite the fact that timely deposits removal is one of the most important components of a vehicle’s longevity, just a few automobile owners utilize internal engine cleaners.

It is a general consensus that the engine cleaning carries out along with the oil change. After all, it makes sense that all the excess particles, pollution, and garbage from the engine go away along with the old oil. In fact, this is not true at all: the old scurf on the engine’s walls can never be poured off along with the oil. This scurf becomes thicker as the vehicle gets older. This way, eventually, it will be almost impossible to remove, and your engine will become completely worthless.

The process of engine flushing raises many questions: How to do it? Which remedy is most effective? The purpose of the best engine flush reviews is to provide answers to these questions. Continue reading to learn all you need to know about the subject!

The Sea Foam can be the best engine oil flush regarding versatility, since it is compatible with both gasoline and diesel engines, as well as vehicles with catalytic converters. The flush can work with all the engine oils available.

It’s capable of cleaning the engine, but also it lubricates critical areas. Being made from petroleum ingredients, it’s 100% safe for the engine, but because of that, it can be messy. When you use this flush, your vehicle will emit huge clouds of smoke. However, it doesn’t indicate any malfunction, the Sea Foam just blows out all the junk from your engine. Thanks to the all-natural components, it can be the best engine flush for old motors.

The Sea Foam liquefies different kinds of deposits, freeing the engine from pinging and hesitation issues. The product also improves engine performance and contributes to the fuel economy. This way, it will save money that you could spend on your car in the long run.

It is worth mentioning that the Sea Foam is extremely easy to use, and it is also cost effective: one small can is enough to clean up the whole engine.

The usage of this flush additionally improves the combustion process by restoring the performance of the engine and prevents corrosion. Nevertheless, don’t rely on this flush as the only one anti-wear agent additive.

This cleaner proves that the engine flushing can be refreshingly easy, the whole process won’t take more than 15 minutes. However, seeking the best engine flush product, note that it won’t reduce oil consumption.

The Prolong Super Lubricants uses a modern AFMT technology to treat the engine with extreme caution. Interacting with oil, the flush creates a protective layer to eliminate the detrimental effect caused on the engine by friction and high temperatures. While the heat reduction is an essential measure to provide the engine’s durability. This way, oil efficiency significantly increases.

This flush demonstrates an outstanding effectiveness at high pressure, in those engine parts where strong metal contact compresses engine oil. The Prolong Super Lubricants is capable of protecting the engine even if there are problems with oil circulation. It is also good for both new engines that require only superficial help and for old engines that need serious treatment.

The engine flush reviews rarely include products that guarantee soft effect as most flushes contain solid elements. However, this cleaner from Prolong Super Lubricants doesn’t have such particles as zinc, graphite, etc.

You won’t have to spend time figuring out how to correctly flush engine oil sludge since all you have to do is pour it directly into the engine case.

This is a good price-to-value option for treating your boat engine after a short voyage. The CRC SX128 Salt Terminator contains 2-propylheptanol and is efficient for the removal of salt and mineral residue. The liquid also inhibits corrosion forming, making it the best internal engine cleaner. However, its efficiency decreases depending on the residue age. It may not fully dissolve the old dried salt deposits while working well for relatively new ones.

The liquid is supplied in the 128-oz bottle and is used in the proportion of 4 oz to 1 gal of warm freshwater. It means one bottle provides about 33 gals of a flushing solution. The solution isn’t viscous or sudsy, so it requires flushing the engine parts and/or other objects that have been in contact with water intensively. The manufacturer recommends rinsing the engine afterward. The solution is biodegradable and thus, can be used in different environments.

The flush solution works well for both fresh and salt water deposits dissolving the residue formed by the water microorganisms. It’s also efficient against deposits produced by diesel and engine oil. When applied, it doesn’t cause a sticky effect and can be the best engine flush for sludge for immediate use after the engine operation.

This flush can work as both gasoline and diesel engine flush and is compatible with most motor oils.

This flush is a great treatment for noisy engines — it’s capable of making your car work quieter by reducing motor friction. Its formula helps the car work smoothly and prevents oxidation, extending engine life. It also employs the Liquid Wax Ester technology that contains special lubricants able to restore the engine performance and save it from wearing out. The flush is especially effective for modern complex engines that have many moving parts and get heated very quickly which leads to lubricity loss. This engine cleaner guarantees that the oil will keep a cool temperature.

The Lubegard 40902 is potentially the best motor flush in terms of fuel efficiency. In combination with good oil, this product can make a really good job saving your money.

How to Flush an Engine: A Step-by-Step Guide

The best way to flush engine oil includes several steps. It’s not a difficult process and requires only strict adherence to instruction step by step.

What is an Engine Flush and Its Benefits

The engine flush is a chemical agent designed to clean up all the harmful contaminants from the car engine. Thus, the main aim of the flush to clean up all the internal components of the engine. It usually contains dispersing and washing additives, stabilizers, antiwear additives, etc. The contaminants in dissolved and split form accumulate in the engine’s sump, and the reduced viscosity of the flush decreases the oil remainings of the walls.

There are different kinds of flush designed for a particular type of ICE. This means that flush for a diesel engine has special unique additives that differ from gasoline engines analogs. However, now, the manufacturers often produce flushes that are universal for both engine types.

There are several ways to clean up the engine, but the flush has some advantages. First of all, it’s a mean designed specifically for engines and, if used correctly, won’t damage your car. Plus, it has high washing properties, which allows effectively removing deposits and sediment from the engine. It also has good anti-foam and anti-corrosion properties, compatibility with seal materials, and also contains an effective antioxidant.

The fact that the flush simplifies the process of the engine purification is another great benefit. However, some drivers neglect to clean the car engine because they think that it’s costly and difficult. In fact, the engine flush cost varies very low to extremely high, so it’s definitely won’t make you break the bank. The engine flushing is one of the few procedures that can be done even by an inexperienced driver. Typically, the engine flush is purchased along with a new lubricant canister and a new filter.